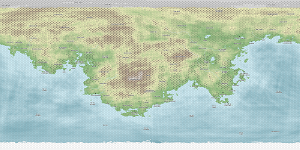 Ok, first, dammit, already failed the challenge I set up for myself on day 2. Well, I’ll simply pretend it didn’t happen. But in the meantime, I’ve read some blogs, had some ideas, so the adventure ideas for the Alp might still have to wait for a bit.

First off, I should talk a bit about Tetheril, the setting I’ve been brainstorming for a couple of years right now. In my head, it went through various stages, and as I’ve real difficulties to cut away stuff, at the moment, I’ve kinda kept all those stages and turned them into different time points of the same setting. Here’s what I have so far in chronological order:

1. World creation: The history of Tetheril is not really important at this point and serves only to explain how this world came to be and why certain things are different from what a standard D&D campaign might be like. Questions like why is there no plane-hopping possible and why is Tetheril still populated with planar beings? Why is magic functioning the way it does (or rather: doesn’t) and why are there no dragons? And when the status quo on all this questions start to change, what might this spell for the future of the world? I think I might get more explicit about all that stuff in another post, but as it just serves as a starting point for my ideas, it might change or even be totally rewritten at any time.

2. Once upon a time: Like in Eberron and Golarion, the actual campaign start coincides with a big world-shaking event. In my case, it’s a catastrophic cataclysm that completely destroys the continent that used to be the home of the human race and makes it absolutely inhabitable for the time being. The few survivors have no other choice than to seek shelter with the elves, which is a bit of the problem because the human-elf relationship was very shaky before. The elves will allow them to resettle a bigger island before the elven main continent, including the ruins of an old elven metropolis that was abandoned by the elves during the last war between elves and humans.

3. Nothing like the present: A whole lot of time later (think millenia), the humans have enough of the elven hospitality (for reasons) and decide to go looking for another home to live in. An expedition finds another continent and soon stumbles about hints that this might be the old human home of legends that no one knows why they had to leave it in a past long gone (the elves might know, but they aren’t saying :D). Humans start to resettle that continent that is not quite as empty as you might expect, given what I wrote about it’s destruction before.

4. You never know what the future holds: Well, actually I do know a bit about that. Again, time has passed, humans have settled parts of the continent, but so far, no one has able to find the location of the capital of the historic human kingdom. That might change , but you know the old saying? Be careful what you wish for, because you might not like, if you finally get it?

5. The big finale: Remember the questions I asked in the world creation paragraph? Well, there are answers to them, and my main problem with them is that while I know how I want them to answer, I have actually no idea how I can answer them without destroying the setting once and for all. This is really high level cosmological stuff which I might completely ignore except for the “one campaign to end them all”- campaign. If you have read the Marvel storyline before the 2015 Secret Wars event, when the Beyonders decided to completely destroy the multiverse, then that’s kinda what I’m talking about.

So what I have here is in fact several settings combined into one, and if you believe that I’m a bit megalomaniac thinking this big, you might be totally right. What it mainly does for me, is that it gives me several docking points for stuff I create/steal for the setting, because when something I stumble about doesn’t fit the part I’m working on, It might still be usable for another part of the world. Also it allows me to create adventure arcs (that I already have in mind), that can be played independently and still have common ground in that they are using the same setting. Plan is to work mainly at the earliest part of the setting and then go from there through time. But I’m a free man and I can totally change my plans as soon as another idea strucks me.

This site uses Akismet to reduce spam. Learn how your comment data is processed. 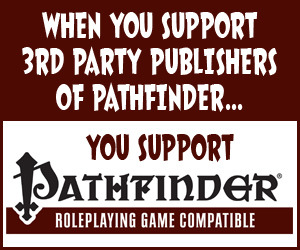